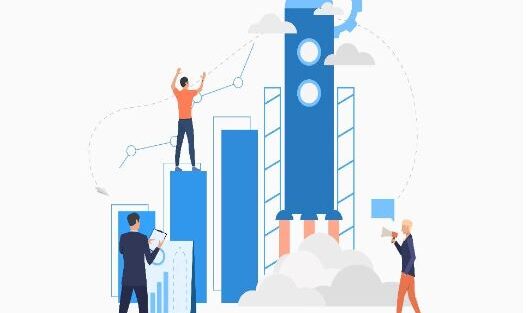 The Indian Unicorn Club consists of 71* startups who achieved unicorn status. The first company to do so in India was InMobi which achieved USD 1 billion valuations in 2011. Thereafter, Flipkart in 2012, Mu Sigma in 2013, Snapdeal in 2014, Ola Cabs, Paytm, Quickr and Zomato in 2015, Hike Messenger and ShopClues in 2016 bagged the status. India had a dry period in 2017, however, the number of unicorns grew exponentially in the next few years as 8 startups attained Unicorn status in 2018, 9 startups in 2019, 10 startups in 2020. 2021 has been a year of a boom in the equity markets and while the Indexes and various stock markets are at an all-time high, the venture funding also increased and 34* startups have entered the unicorn clubs this year. Let’s have a look at these startups according to the sector in which they operate.

The e-commerce sector has boomed in India, mainly because of the lack of availability of choices and the overall experience of buying at local stores. Flipkart was early to jump in providing competition to Amazon. After the success of Paytm, the company expanded to the e-commerce segment through Paytm Mall. ShopClues has also been popular for a while, however, similar to other companies in this segment, it’s difficult to survive against Amazon.

Firstcry was first of its kind e-commerce platform for baby products. Lenskart has been successful in tapping the eyewear segment. Meesho has been the latest entry in the online fashion platforms gaining popularity against Flipkart owned Myntra. Meanwhile, the online pharmacy has grown extensively with PharmEasy competing with the likes of Netmeds, 1 MG, Appollo Pharmacy, etc.

When the internet boom began after social media e-marketplaces were the second in line which took up quickly. eBay was successful in the United States, however, Indian companies haven’t gained the same success. Off recently, the car and bikes segment has picked up with Cars24 and CarDekho offering used cars while Droom offering a huge range of new and old bikes and other vehicles. On the other hand, Apna.co has developed a marketplace for job seekers, competing with the likes of LinkedIn which is backed by Microsoft. Quikr offers listing used products on the platform for reselling. Urban Company has created a league of its own by offering handyman services right from repairing to relocating, servicing of appliances to your haircut – all services at your home, of course, at a premium price.

Swiggy and Zomato have become the go-to word at every home and blended deep in an area that seemed unpenetrable at the beginning. Grofers and Bigbasket are following the path of Swiggy and Zomato in a different segment of groceries. However, once again, the company not only faces competition from Amazon Pantry, but also from Reliance JioMart and other major stores such as StarBazaar and Dmart who have started home delivery of products. Rebel Foods, one of its kind, is a cloud kitchen space provider and entered into a space deemed to be the industry that will boom in near future, thanks to the food tech boom created by Swiggy and Zomato. Licious delivers fresh chicken on demand and has been popular in metro cities.

Yes, the digital war has been the highlight of the Indian Startup world. Paytm was the first to enter the league dominated for a long and has expanded to various segments. However, PhonePe and GooglePay soon caught with the same, leaving very little space for Amazon Pay and WhatsApp Pay even after being social media mammoths. BharatPe is the latest to join the league with its cross-app QR codes which have become a new normal at small merchant shops. In another league, RazorPay and Billdesk are leading the payment gateway segment amongst CCAvenue, CitrusPay, PayUBiz, Atom, Instamojo, PayUMoney and many others including Paytm and Amazon. Zeta and PineLabs help businesses set up payment modes and APIs for apps and websites.

The highlight of the 2020 Unicorn boom was the Edtech company. While the real impact of these companies on career and studies is still under question, they have gained huge due to the pandemic induced lockdowns. With technology entering the education space, it is clear that things are set to change, however, when and how, what will change is still questionable as online studies are not welcomed in India. BYJU’s has been trying to change that mindset through its advertisements, however, only time can tell whether the mindset changes or the company’s focus areas. One thing is for sure, the headache of choosing a career, classes and schools is now expanded further and grown deeper.

PolicyBazaar has brought glory to the insurance companies and disrupted the world of insurance agents. The company’s marketing campaigns have been successful in gaining customers. Acko and Digit, also in the same segment, provides vehicles and health insurance and is expanding rapidly. Equity investments have boomed after the pandemic and with most of them being millennials, apps like Groww have gained traction. On the other hand, CoinDCX and CoinSwitch Kuber have become the leading crypto exchanges in the country, however, their future still hovers around the upcoming Cryptocurrency bill which most expect would allow cryptocurrency to continue as an investment asset.

Although the messaging world has been dominated by WhatsApp, there was a time when Hike Messenger was in close competition with WhatsApp, however, it failed to dominate. ShareChat and Gupshup have also been popular amongst certain demographics. The space that has surprisingly gained traction has been gaming, especially sports fantasy leagues and they are many starting from Dream11 and MPL who leads the pack, however, MyTeam11, MyCircle11, Gamezy, Howzat and many more are not far behind.

InMobi was the first unicorn in India. While most people may not be aware of the same, it does something that irritates most people – in-app advertisements! However, for advertisers, app developers and its shareholders, the company has been a real asset. Glance InMobi is a joint venture of the company with Glance which provides lock screen content. Indian conglomerate, Reliance is looking forward to investing in the company. DailyHunt is a successful news app that has users from all demographics in a country where most apps find it difficult.

These are companies that work under the hood and provide software services to various businesses to enable automation in their system. MindTickle provides sales readiness platform that helps in systematically improving sales performance by realigning the operations towards a single purpose and robust coaching solutions. Mu Sigma provides pure-play data analytics services. Postman provides web API development services. Icertis helps in contract management by streamlining the entire process for companies that have to enter into thousands of agreements. Freshworks provides Customer Relationship Management (CRM) software that helps companies track complete interactions with customers including the email trackers and support helpdesk. Druva Software provides data security services. CitrusTech and Innovaccer provide the healthcare industry with health and performance management software. Zenoti caters specifically to Salons and Spas providing them with software to manage clients and other things. Browserstack helps web and app developers to test their apps across all browsers. ChargeBee is a subscription billing and revenue management platform to automate the order to revenue business cycle.

In the fierce rivalry in the cab booking space, Ola has been equal to Uber cabs which is an already established cab company from the United States. Ola cabs even outclass its rival in certain cities and aspects. Ola has expanded to manufacturing electric bikes and with its latest launch this year, the Ola electric company making its space in an untapped segment. Oyo Rooms is the third-largest hotel chain in India by room count. The company has seen its highs and lows and is continuing to expand its reach.

The e-commerce segment already has enough players. However, Udaan caters to B2B supply needs by shop owners and businesses who would like to buy in bulk, in contrast to Indiamart which only provides a listing platform. Infra.Market provides an integrated solution for construction needs right from contractors, designers, engineers to material and component suppliers. Moglix provides an e-commerce platform for buying tools and equipment. Zetwerk provides companies with outsourced manufacturing capabilities through its network of manufacturers.

Five Star provides Small Business Loans and Small Mortgage loans to eligible borrowers to meet their business and personal needs, after due underwriting of their cashflows and backed by the collateral of their house property. Similarly, OfBusiness OfBusiness also provides SMEs access to cash flow-based financing for buying raw materials through its NBFC ‘Oxyzo Financial Services’. It sells industrial goods and provides a longer credit period to its customers.

With the expansion of e-commerce, the demand for courier service providers increased and Delhivery has claimed a share of this new demand. The company currently ranks ninth in courier services providers in India. On the other hand, Blackbuck and Rivigo provide trucking solutions, including online operations, matching a shipper with a trucker, payments facilitation, insurance, and other financial services.