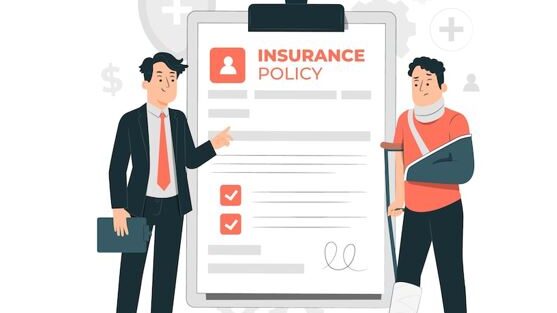 Greenvissage explains, What are sum assured and sum insured in an insurance policy?

The sum assured is a predetermined amount that the insurance company will pay to the nominee in the event of the insured person’s death. It is a guaranteed amount of money that the nominee will receive in your absence if all your premiums have been paid in full. This amount can be chosen at the time of purchasing the policy. Deciding an optimal sum assured depends on a policyholder’s income, the needs and future aspirations of the dependents, family assets, and outstanding debts. The sum assured is also an instrumental component that dictates the premiums of the policy. A Human Life Value (HLV) calculator is a popular method of determining the sum assured for a policy. It is available on various websites and one only needs to enter basic details such as an estimate of current and future expenses, income, age, etc the calculator accounts for the inflation and gives you an estimate of the ideal sum assured required. Meanwhile, the ‘sum insured’ is the amount that the insurance company pays to the policyholder in the case of an unpredictable event such as an illness. This amount is a reimbursement for the costs incurred and not a fixed sum of money like the sum assured. The sum is usually assured in life insurance policies, while insured in non-life insurance policies such as health or car insurance. While the sum assured can be chosen, the sum insured is not pre-defined, instead, the method of calculating the same, inclusions and exclusions are mentioned in the policy.

Greenvissage explains, What is Carbon Border Tax and why is India opposing it?

Recently, a consortium of countries including India jointly opposed the Carbon Border Taxes proposed by the European Union (EU) at the 27th edition of the Conference of Parties (COP) in Egypt. The European Union at the European Green Deal had proposed to make Europe the first climate-neutral continent by 2050. The EU had declared that the group of countries would together reduce their carbon emissions by 55% before 2030, as compared to the 1990 levels. The carbon levels have fallen by 24% to date owing to various measures taken by the Government. However, the emissions from the imports are contributing to 20% of the EU’s carbon emissions and are increasing further. Therefore, the EU adopted Carbon Border Adjustment Tax, or simply Carbon Border Tax, to discourage emissions. It is an import duty based on the carbon emissions from the production of the product being imported. It aims to incentivise other countries to reduce their emissions and further shrink the EU’s carbon footprint. It is being marked as an improvement from the National Carbon Tax. The National Carbon Tax is the tax that the governments are already imposing on companies within the country which burn fossil fuels. The Emissions Trading System of the EU works to make it expensive for certain businesses to operate in the EU. However, the EU authorities fear that the businesses might simply relocate to other countries where the norms are more relaxed or there are no emission limits. This is known as ‘carbon leakage’ which only increases the total emissions in the world.

However, Brazil, South Africa, India and China (the BASIC group) have opposed the EU’s proposal as discriminatory and against the principles of equity and ‘Common but Differentiated Responsibilities and Respective Capabilities’ (CBDR-RC). The CBDR-RC principles note that the richer countries are responsible to provide financial and technological assistance to developing and vulnerable countries to fight climate change. Article 12 of the Rio Declaration states that the standards applicable to developed countries cannot be applied to developing countries and therefore, the EU’s uniform standard for all countries is being considered against the global consensus. The EU’s policy is also regarded as a disguised form of protectionism where government policies restrict international trade to help domestic industries to improve economic activity within a domestic economy. Although, the target of the policy is Russia, China and Turkey which are large emitters of carbon and major exporters of steel and aluminium to the EU, the Indian industry might get hurt in between. For India, European Union is the third largest trading partner and by increasing the prices of Indian-made goods in the EU, the tax would make Indian goods less attractive to buyers and shrink the demand. Thus, India needs to assess its advantages and disadvantages for itself and talk to the EU with a bilateral approach.

Greenvissage explains, Is there a looming threat over India’s Energy Security?

Despite high subsidies to oil, India ranks low in affordability of petrol and diesel. Diesel accounts for 60-70% of India’s freight costs and therefore, higher fuel costs entail higher freight costs which in turn, increases the prices for products across the board and leads to inflation. Presently, India imports 80% of its oil requirements and is the third largest oil consumer in the entire world. Last year, due to high prices of Crude Oil, India’s Current Account Deficit inflated this year because of higher cost of oil import. Stockpiles at the coal-based thermal power plants fell short despite increase in domestic coal production. The utilities were not prepared for the unprecedented heat wave caused by climate change and the sharp surge in demand which touched 201 gigawatts in April 2022. The demand for coal was further exacerbated by the Russia-Ukraine conflict that resulted in Europe’s procuring coal from Indonesia, Australia and South Africa who have been major suppliers for India. Thus, the prices of coal in the international market increased from USD 70 per tonne to USD 421 per tonne during that period. The situation raised alarming concerns about India’s long term economic stability. Now, according to the latest estimate by International Energy Agency (IEA), India’s energy demand would rise 3% annually until 2030 due to rapid urbanisation and industrialisation. According to another estimate, India’s energy consumption is expected to grow 4.5% every year for the next 25 years. Thus, India’s energy security is vulnerable and there is a looming threat that India’s economy and growth may be hampered if adequate measures are not taken about it.

Energy Security refers to access to adequate energy resources and availability of fuel of appropriate quantity and quality at reasonable prices. Energy security aims for adequate amount of energy resources in terms of accessibility, affordability and availability. Although, India is making great strides with deployment of renewable sources of energy and efficiency policies, factors such as climate change, supply logistic issues, Covid-19 induced lockdowns and geopolitical tensions have left a harsh impact India’s energy dynamics. Meanwhile, the burning of traditional energy fuels including wood, dung, and crop residue, that cause indoor air pollution is also proving detrimental to the health of the citizens. Approximately 1 out of 4 premature deaths in India are caused by household air pollution, of which 90% are women who work in poorly ventilated kitchens. Thus, to mitigate the risk on energy security, India needs to accelerate its shift to renewable sources and the end of the dominance of fossil fuels. This will also be detrimental in achieving sustainable development goals such as eradication of hunger, malnutrition, poverty, and achievement of universal well-being, energy security is crucial. India has recently taken various initiatives such as Pradhan Mantri Sahaj Bijli Har Ghar Yojana (SAUBHAGYA), Green Energy Corridor (GEC), National Solar Mission (NSM), National Biofuels Policy and SATAT, Small Hydro Power (SHP), Pradhan Mantri Ujjwala Yojana (PMUY) and International Solar Alliance (ISA). India has to gradually diversify its sources of energy generation and include more renewable sources of energy which are cleaner, greener, and sustainable.

The past two decades have been a golden period for the Indian telecom industry. Presently, India is world’s second-largest telecom market with a subscriber base of 1.16 billion. As per Telecom Regulatory Authority of India (TRAI), average wireless data usage per subscriber was 11 GB per month in FY 2020. Thus, the growth has been exponential in terms of technology as well as penetration. Meanwhile, it is expected India will need about 22 million skilled workers in 5G-centric technologies such as Internet of Things (IoT), Artificial Intelligence (AI), robotics and cloud computing, by 2025. The Government has also approved INR 12,195 crores production-linked incentive (PLI) scheme for telecom and networking products. Thus, one may expect the telecom sector to continue its boom in future as well. However, there are various challenges which can hamper the golden run of the sector.

Firstly, India’s fixed-line coverage (telephone lines connected to a nationwide network through metal wires or optical fibers) is nowhere close to what most developed countries have. While 70% of the towers in developed countries are connected through fibre networks, in India merely 25% of towers are covered under such network. This won’t be sufficient for 5G network which requires towers to be connected to very high-speed systems. Secondly, the approvals from the various departments such as Forest, Railways, National Highway Authority, etc. have always delayed the development of several towers, fiber planning and the rollout processes across the country. A proactive and timely dispute resolution by Telecom Disputes Settlement and Appellate Tribunal is the need of the hour. Then, the rise of voice and messaging services by platforms such as WhatsApp and Telegram using the telecom network is also adversely affect the revenues of the telecom companies. There are also environmental factors such as disposal of e-waste which need to be resolved in the near term, as more than 95% of e-waste is illegally disposed off in India. In terms of penetration, though adequate density has been achieved, there is a large discrepancy between urban and rural penetration which stands at 55.42% and 44.58% respectively. Thus, although the telecom sector is well set to advance into the future, it needs to choose the right course of action to address the existing challenges.